Growing up in the West Midlands means you are pretty much as far away from the sea in all directions, luckily my parents took the brave decision to buy a boat, even though they had never sailed before! I grew up spending most weekends in the summer sailing on the East Coast as all of our holidays were aboard our Coaster 33. She was part of our family for over 30 years and many tears were shed when she had to be sold..

My career started in the catering industry where I spent a number of years working in restaurants and hotels after gaining a HND at college in Devon. In 2000 I decided that I wanted a change of career and the marina industry was calling. In September 2000 I went to the Southampton Boat Show armed with my CV and spoke to various companies to see if they had any vacancies. My luck was in and I started work with Premier Marinas in December 2000 at their flagship marina, Port Solent. I worked with the company for just over 12 years starting as a Marina Administrator and successfully being promoted to Marina Manager.

I started working with Boatshed in May 2014 and it's been interesting working in a different sector of the marine industry. It's amazing how you still cross paths with people/customers that I worked with in the marina!

I love being out on the water and it seems silly not to be when I only live a few miles from the coast. I have owned a Jaguar 21 which I skippered in 3 Round the Island Races, great boat and plenty of fun but was quite basic so we upgraded to a Feeling 286 which provided us with a few more luxuries. We sold her in 2015 as we weren't using her as much as we would like and we now own a rib so getting around the Solent is a little speedier in light winds but great fun, although a little wet at times!

Boatshed is one of the largest international yacht brokerages in the world, specialising in the sale and purchase of second-hand sail and motor boats. The original business, set up in Milford Haven Marina some 15 years ago, by seasoned sailors Neil and Mandy Chapman, after years of adventures offshore, has grown into a major international business and is a cornerstone of the yacht brokerage industry in the UK and overseas.

To find out more about selling your boat through Boatshed then click here or maybe you are interested in running your own Boatshed Business. 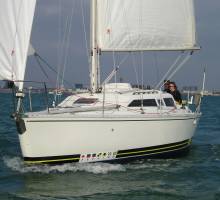 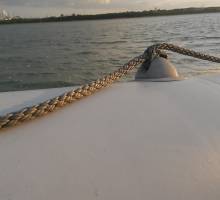 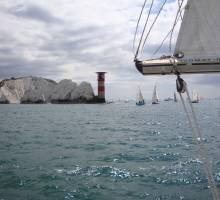 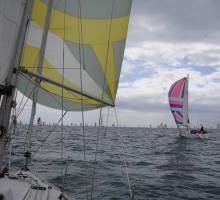