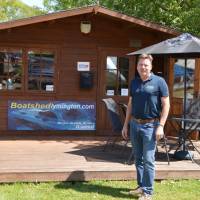 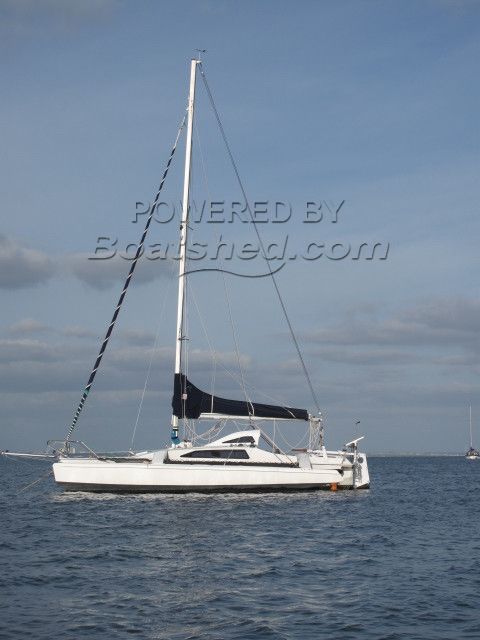 Compass Adjuster
Read Specification
Insure It
Transport It
Finance It

The trimaran has been extensively refurbished and upgraded.

The three-year-old, Toyhatsu four-stroke 9.9 Hp outboard engine has had minimal use and is hardly run in.

This is a super-fast, folding trimaran,8’4’’ on a road trailer. The boat is in very good condition. with improved, one-off GRP cabin top. Original pop-top and fittings have been retained and can be easily be changed back if preferred. The F27 has a very comfortable two berth cabin in the stern, with a deep engine well on the port side which offers some security for the outboard. A lightweight, improved rear hatch has also been fitted, originally retained. Furling Yucca roller Genoa. The mainsail is a fully battened flat top with slab reefing. Spinnaker is like new. Two batteries, solar panel, Ray marine speed log/echo sounder.VHF DSC radio. Compass, Rocknor anchor. Gas Cooker sink and 54ltr water tank. Fuel tank. Sea toilet. Radar reflector. New cap shrouds and lowers.

The F27 has become a classic sailing trimaran (introduced into the American sailboat hall of fame in 2004) and with good reason. A competitive racing boat or exhilarating family cruiser, the F27 can also be stored at home and trailed to different cruising grounds each weekend.

How long have you owned the boat for?

Why are you selling her?

moving over to a motor boat

Where have you sailed her?

Please note this comments section is public. Please do not post your personal details here. To enquire about purchasing this boat, please contact the broker directly at anthonysilver@boatshedpoole.com Please read our commenting guidelines before posting.