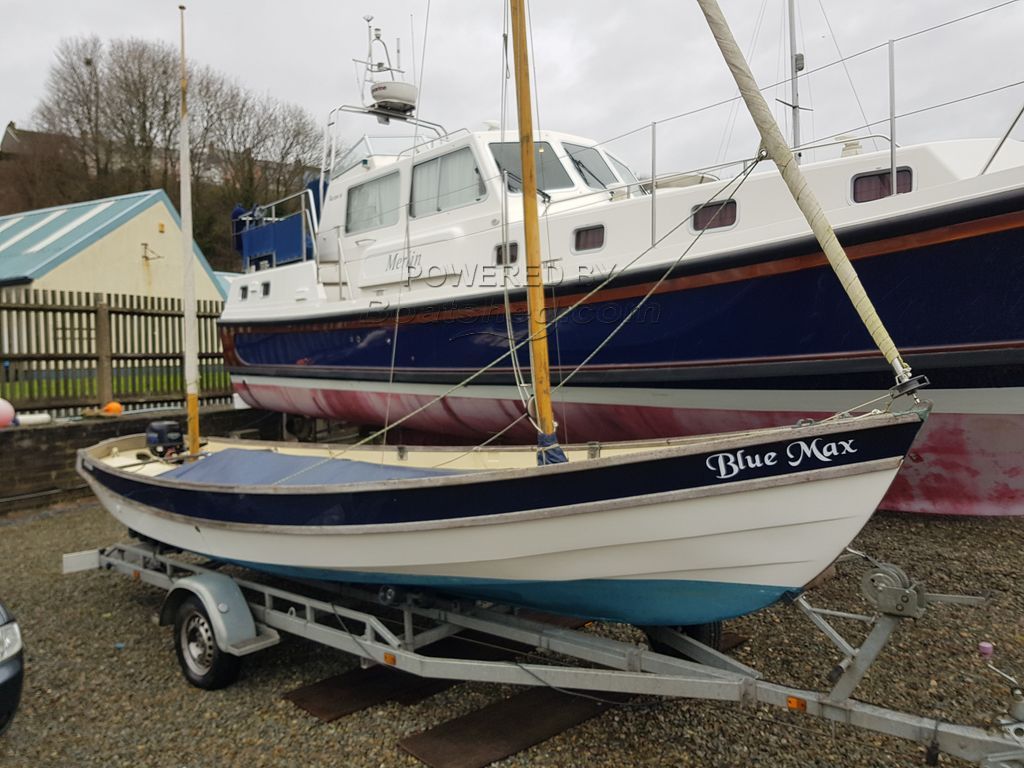 Here we have the Honnor Marine version of the classic Drascombe Longboat designed by John Watkinson. Considered by many, myself included, to be the best sailing model in the entire Drascombe range, the Longboat was originally conceived as a larger version of the popular 'family sized' Lugger and as such she was planned to appeal to youth training groups such as Scouts and Outdoor Education groups. This then developed into the Cruiser Longboat with cuddy, which ultimately became the Coaster, with a snug two berth cabin.
Our example has had one experienced owner from new (a husband and wife team) and there have been some interesting and well thought out modifications made, such as a main boom and de-mountable bowsprit for the cruising chute. A Honnor purpose designed single axle braked trailer completes the package.
These boat details are subject to contract.
Note: Offers on the asking price may be considered.

This Honnor Marine Devon Longboat has been personally photographed and viewed by Alan Coy of Boatshed Wales. Click here for contact details.
The particulars herein are intended to give a fair description of the vessel but are not guaranteed as accurate. They shall not form part of any offer or contract for the sale of the vessel. The prospective purchaser is recommended to independently check the particulars. The vendor is not selling in the course of a business unless otherwise stated. Personal property is excluded from the sale of the vessel unless specifically included in the listing specifications above or in a Purchase Contract. Personal property may be equipment or gear not permanently attached to the vessel including but not limited to: artwork, entertainment equipment, fishing equipment, TV receivers, recreational equipment, kayaks, tools, and personal appliances. Photos that may incidentally depict owners' personal property do not convey that such items are included in the sale of the vessel unless specifically listed herein.