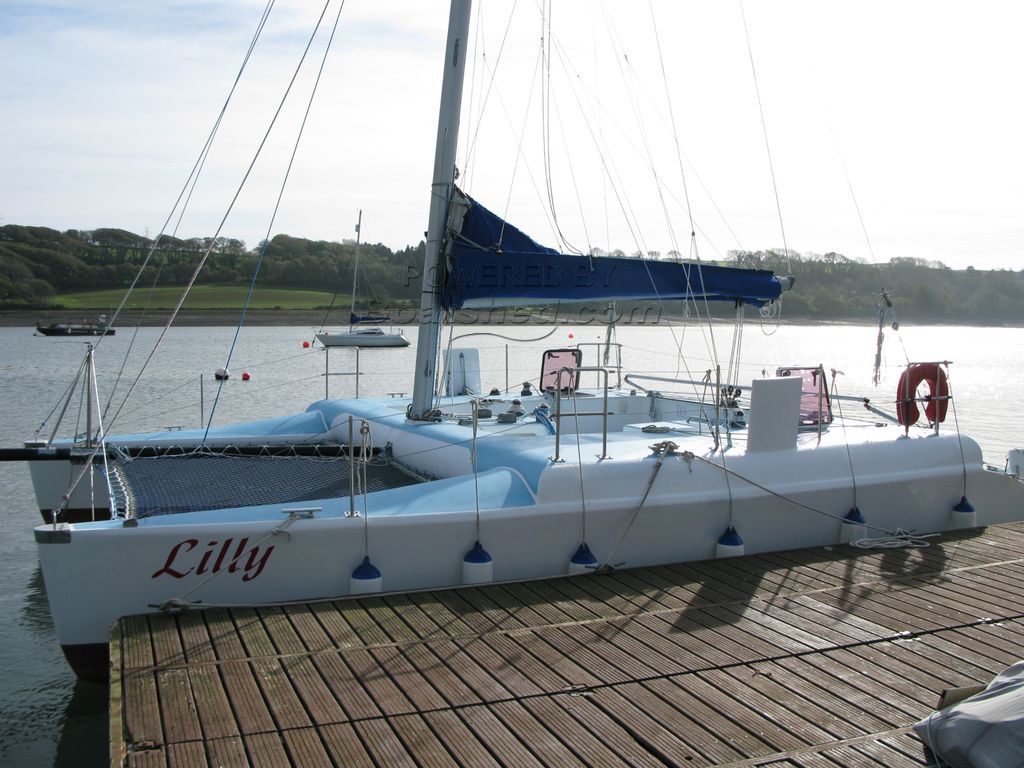 Comments from the owner:-
This is the background to the building of the racing catamaran " Lilly".
Having been a keen racer on the Dart 18 circuit for five years I wanted to race a bigger vessel. Nothing suitable was available. I knew Derek Kelsall and liked his designs and decided to build the KSS-R-30 to his plans.
Construction began in an environmentally controlled industrial unit in Abbergavenny in 2004. Building went ahead, to the designer's specifications, using 12mm Airex foam as the core of his Kelsall Swiftbuild Sandwich technique.
After dry fitting the hulls were transported to Multi Marine, Plymouth where Darren Newton's company carried out the bonding. Darren has vast experience in multihull building . The construction and rigging were completed according to the plans and sea trials took place. After satisfactory conclusion she was sailed to Milford Haven, UK, where she now lies.
She was successfully raced locally, and day sailed, but, overall very lightly used.
All in all, she was built to a very high standard, had very light use and remains in good overall condition. She is a joy to sail. Complete set of original build plans are included with purchase. To reproduce her today would likely cost in excess of £100k
She will make you smile in a anything between force 4-6. A very quick boat indeed.
These boat details are subject to contract.
Note: Offers on the asking price may be considered.