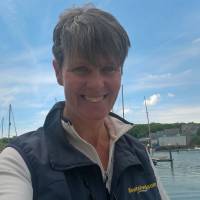 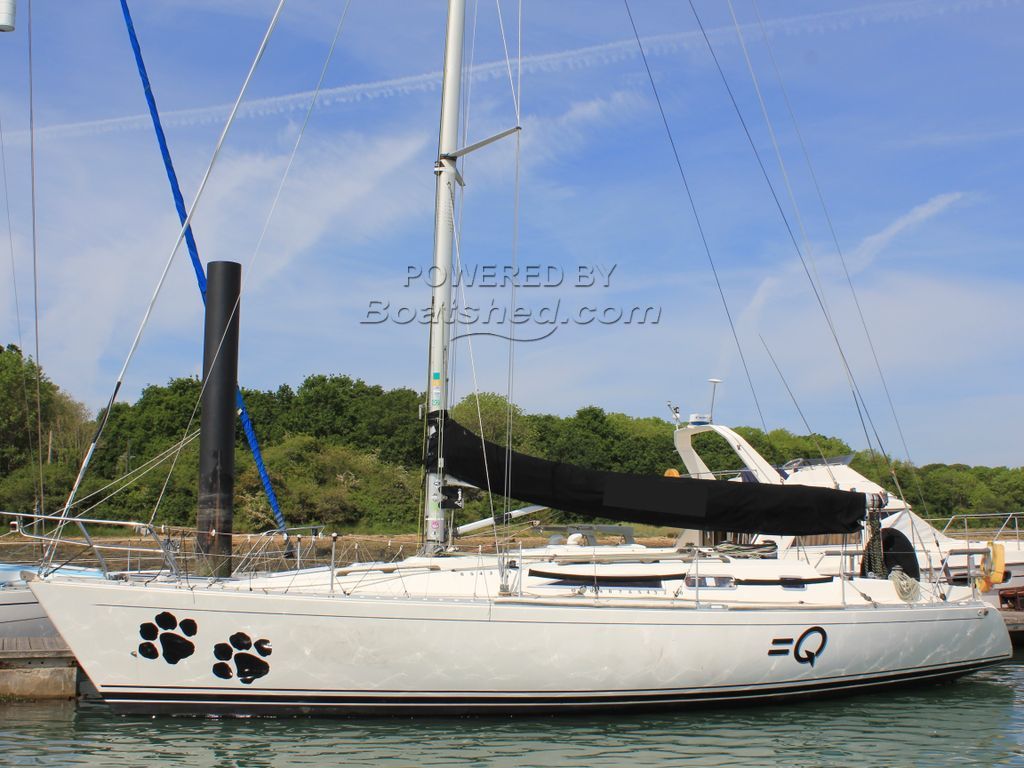 Considerable work undertaken during 2019 including keel removed and bolts replaced. A full pictorial record is available

Three double cabins means she's comfortable for 6 for cruising however the saloon provides a further 3 singles should crew or guests be aboard.

Three double cabins means she's comfortable for 6 for cruising however the saloon provides a further 3 singles should crew or guests be aboard.

The Sigma 38 alongside her little sister the 33, are one of those yacht designs that are instantly recognisable. 125 were built between 1988 and 1993 and they have remained popular, less so now as school and charter boats but well suited to sensible budget racers who value her one-design status but also her versatility to cruise with the family. There is an active class association and for those in the Solent a good turn out for the Fastnet (7 finished in 2017) and Cowes Week

This particular boat, previously coded and now enjoying retirement has had considerable work undertaken in the last 2 years. Her engine was replaced in 2017 and then during her yard period in 2019 her keel was off and keel bolts replaced, standing rigging renewed and most of her running rigging too. She has plenty of safety equipment aboard however some of this does require service. There is a huge sail wardrobe, as listed in the specification to suit racing and cruising alike

She's just gone back in the water so she really is ready to go sailing, exactly as Sigma 38s were designed to.

This Sigma 38 has been personally photographed and viewed by Corinne Gillard of Boatshed IOW. Click here for contact details.
The particulars herein are intended to give a fair description of the vessel but are not guaranteed as accurate. They shall not form part of any offer or contract for the sale of the vessel. The prospective purchaser is recommended to independently check the particulars. The vendor is not selling in the course of a business unless otherwise stated. Personal property is excluded from the sale of the vessel unless specifically included in the listing specifications above or in a Purchase Contract. Personal property may be equipment or gear not permanently attached to the vessel including but not limited to: artwork, entertainment equipment, fishing equipment, TV receivers, recreational equipment, kayaks, tools, and personal appliances. Photos that may incidentally depict owners' personal property do not convey that such items are included in the sale of the vessel unless specifically listed herein.

Please note this comments section is public. Please do not post your personal details here. To enquire about purchasing this boat, please contact the broker directly at corinnegillard@boatshed.com Please read our commenting guidelines before posting.