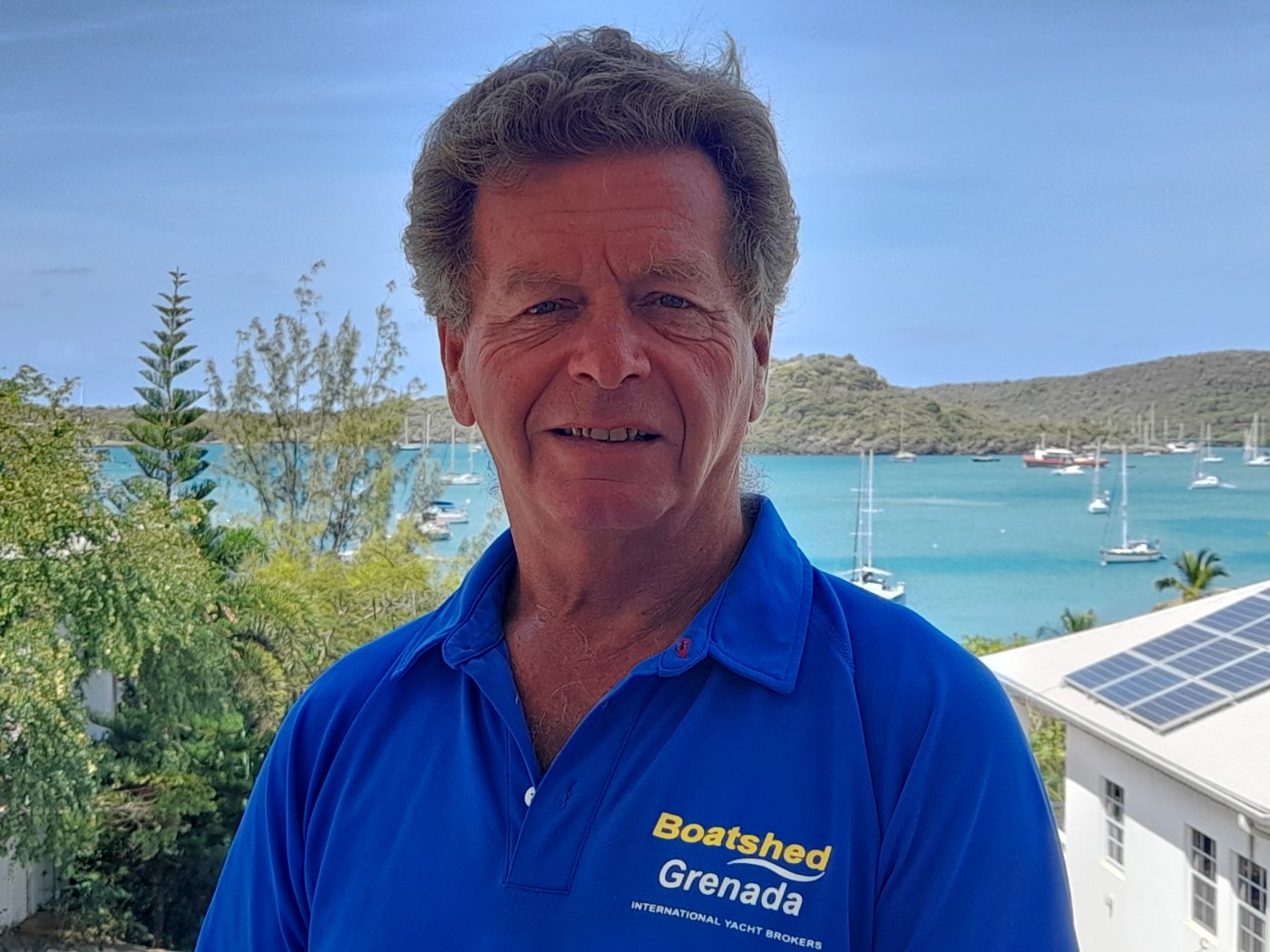 Mike started working with Boatshed in April 2020 when he joined Boatshed Grenada as an agent. Grenada is the southernmost island in the Antilles archipelago, bordering the eastern Caribbean Sea and western Atlantic Ocean.

Before becoming a professional sailor in 2008/9, Mike was involved in various aspects of the construction industry, including house building, a builders merchants and a flooring company. He decided it was time to go sailing and already having his Yachtmaster and RYA Cruising Instructor certificate, started teaching in the UK with a few yacht deliveries. He then travelled to Greece, Lefkada in the Ionian and this was followed by an Atlantic crossing as Skipper on an Amel 54. The Caribbean was calling so he sailed across in his Formosa 51and eventually ended up in Grenada where he started an ASA sailing school.

He loves being on and around boats but his highlight would be the night watch while doing an Atlantic crossing or seeing a student have a ''light bulb moment'' when they all of a sudden just get it. It wasn't so enjoyable when he was caught in an un-forecast storm off Sardinia with 55-60 knot winds, a confused sea in the pitch black. The Grenadines are his favourite place to sail and his furthest sailing trip so far has been 5500nm!

When he's not working Mike loves anything to do with music or singing especially Jam nights.

If he travelled to a Desert Island he would arrive on a Formosa 51, listen to Songs in the key of life - Stevie Wonder, Rumours - Fleetwood Mac, Unplugged - Eric Clapton and take a book about How to Survive on a Desert Island!! He may even think about how Sir Francis Chichester would survive as he was the first boating person he was aware of.

Finally we have all been restricted with our travel movements over the last year, however once we are able, Mike would like to head back to the UK to see his children