The Royal New Zealand Yacht Squadron has formally accepted the New York Yacht Club American Magic’s challenge for the 37th America’s Cup, to be held in 2024. This is the third additional challenge accepted for AC37, alongside defender, Emirates Team New Zealand; and challenger of record, Britain’s INEOS Britannia.

“It is great to be back in the America’s Cup for AC37, and our pursuit of bringing the trophy home remains the same,” says Terry Hutchinson, president of sailing operations for American Magic. “We’ve been preparing for AC37 from the moment our time came to an end at AC36 and are a deeply motivated group – all hands-on deck – ready to compete and ready to win.”

Earlier this month, American Magic agreed to represent the New York Yacht Club at AC37 in a renewed collaboration to bring the Auld Mug back to the United States. The news marked a surprising U-turn, after New York Yacht Club originally decided not to challenge in 2024. American Magic’s principals, Doug DeVos and Hap Fauth, say they are committed to investing in technology, design and talent to build a winning team and franchise for the long haul.

“Doug and I are thrilled that our challenge was accepted,” says team principal Hap Fauth. “We have unfinished business and a hunger to get back on the water and compete. Our dedicated team partners, supporters, and fans have become invested in our mission, and we are excited to represent them and the USA once again.”

The full announcement of the venue and race schedule for AC37, the details for the America’s Cup World Series, and the plan for the youth and women’s events are expected on 31 March 2022.

The next America’s Cup event will feature women and youth America’s Cup regattas, via a new class of boat, the one-design AC40 foiling monohull. The first AC40 is expected to be ready to be shipped from the McConaghy facility in July this year to the Emirates Team New Zealand base in Auckland for its on-water commissioning in August, organisers confirmed earlier this week. 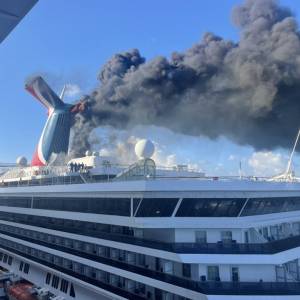