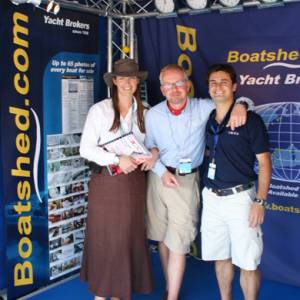 The Boatshed Boatshow season is now in full swing !

Feeling fresh(ish!) from the Boatshow in Annapolis USA, the Boatshed team climb aboard the Boatshed Battle Bus and head south from Gosport HQ in the UK.

22 hours and lots of coffee later they arrive in Barcelona, 24 hours before the opening of this years International Barcelona Boatshow.
Fortunately Gert from the Boatshed Barcelona office is standing by with reinforcements and besides a few Spanish Internet teething problems the stand is put together and operational in record time.

The first day of the show has been really busy with a record number of customers coming to the stand to enquire about listing their boats with Boatshed Yacht Brokers, including 2 classic 50+ foot sailing boats, these and other will be photographed over the next few days so keep an eye out classic boat fans.

A huge number of new and existing customers and celebrity guests are expected on the stand over the next few days.....and remember you not too late to join us for "Fizz at Five" every day at the Barcelona show.

Come and say hello to the Boatshed team on Stand D203 at the show in Port Vell, Barcelona........as usual we are having a fantastic time :-) 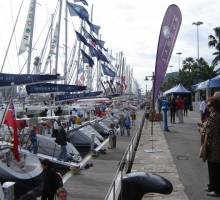 Hundreds of boats in Port Vell 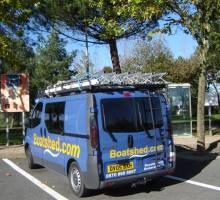 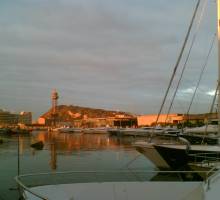 Sunrise at the Boatshow 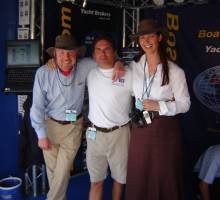 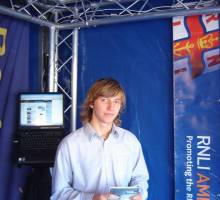 Jason helps with Spanish on the stand