This week Boatshed agreed with chairman and founder Don McIntyre of the Golden Globe Race (GGR) to supply a number of technical support services to the GGR website and technical team.

“This is a truly exciting project for us to be involved with,” said Boatshed CEO and founder Neil Chapman. “As well as providing valuable support, it’s further recognition of Boatshed’s pioneering work and capabilities in this area of expertise that we’ve developed at Boatshed.com.”

In addition, Boatshed’s sister organisation, the Marine Drone Network, has agreed to fly photographic drone missions during the Parade of Sail and celebrations of the GGR start in Falmouth, as well as the actual start of the race on July 1 from Les Sables-d’Olonne.

Boatshed joins a number of preferred supplier companies who are involved with a range of activities around the Golden Globe Race such as supplying equipment, specialist training and logistics, official timekeepers and logistics support.
“It’s great to be working with Don and the larger GGR team in the UK and France”, added Neil. “And we’re looking forward to supporting the race and the competitors during the lead up to the start and during the race as a whole.”
The 2018 Golden Globe Race marks the 50th anniversary of the first GGR won famously by Sir Robin Knox-Johnston in his 32-foot ketch Souhaili. The 1968 race heralded the world’s first solo non-stop circumnavigation and the traditions of the original event are being upheld 50 years later. The 2018 GGR will see 19 sailors from 13 countries set out from France on July 1 on a 30,000-mile journey encompassing the five Great Capes and returning to Les Sables-d’Olonne.

Boatshed has a special passion for the designs and pedigree of the yachts that are taking part in this year’s GGR. In fact, of the 19 boats participating, Boatshed has listed and sold many of these boats previously – and to reflect this, Boatshed is opening up its Boatshed Archive.
This includes hundreds of similar GGR boats that have been sold in the past, depicting all of their photos, videos and specifications as an extra resource for people to get a greater understanding of the type of boats that are competing in the GGR.
Boatshed will be on location the week before the start of the GGR at the official GGR race village in Les Sables-d’Olonne and Boatshed looks forward to working with the GGR team to keep everyone updated with progress of competitors and boats once the race gets underway.

For more information on GGR and the competitors see here.
http://goldengloberace.com/ 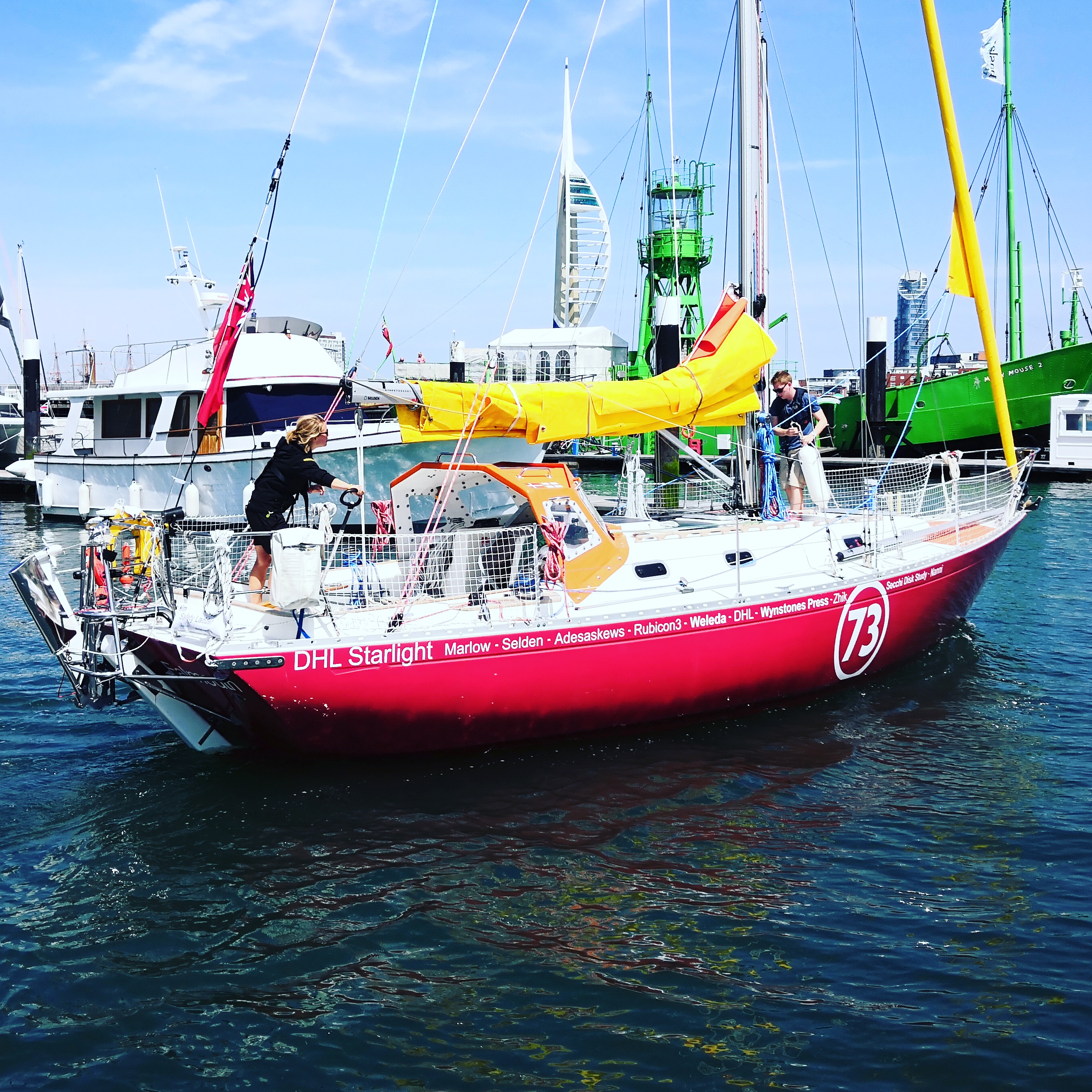 Photos Above;
Sir Robin and Suhali, plus Susie Goodall and DHL Startlight depart Gosport for GGR celebrations in Falmouth