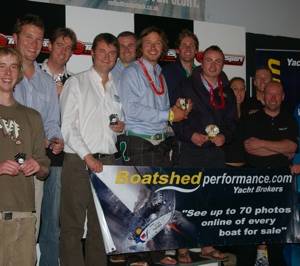 Not content with winning, the combined might of Josh (HQ), Dave (Plymouth), Seb (Reeds Online - Boatshed for the day) and Richard (Hayling Yacht Company - adopted Boatshed friend) won by an astonishing three laps.

Boatshed.com were the sponsors of the event but there was no suggestion (not even this morning from some of the other participants....) that any rigging was involved. On the night, after 90 minutes of fast and furious racing, the Boatshed team had the edge.

There were a couple of sore limbs this morning and several of the team admitted to "racing harder than we have ever raced before" so even though this was a fun and 'relaxing' after show event, clearly no-one had told our chaps!

If you would like to congratulate the winning team personally, they are all available for autographs on Boatshed's stand (C53) at the PSP Southampton Boat Show . And remember that we'll be opening the Fizz again tonight at 5pm so please come and join us. 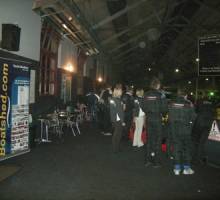 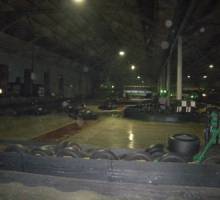