Buy Boats with Bitcoin at Boatshed 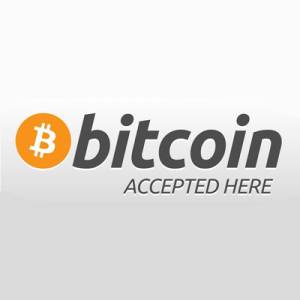 With the increased popularity of Bitcoin and Barclays Bank now set to start accepting the "virtual" currency. Boatshed wanted to get ahead of the curve and offer "Bitcoin" as a currency choice when buying a boat. This is a first for the marine industry and makes a great PR story for us.

Press Release October 2015;
Boatshed.com are the first boat company to offer boat purchases using bitcoin. Bitcoin is a digital payment system, a peer to peer transaction system invented in 2008,. The system uses block chain technology and ledgers to create a virtual currency that is very secure. Bitcoin has been described as the first decentralised digital currency and it’s the largest of its kind in terms of total market value.

The value of a Bitcoin varies depending on its current exchange rate. At the moment, the approximate value of Bitcoin is around 250 dollars or 150 GB pounds. Boatshed are proud to present Bitcoin as an alternative currency to now purchase boats.

Bitcoins are divisible into smaller amounts, divided by multiple decimal points and are called multi Bitcoin or micro Bitcoin. Transactions using bitcoin require the buyer and seller of a boat to hold Bitcoin wallets. The wallet essentially stores the digital credentials of your Bitcoin holdings. Bitcoins can be bought and sold online via participating online exchanges. Bitcoin as a currency is becoming accepted by more and more merchants and there are now over 100,000 merchants accepting bitcoin. Some notable companies that accept bitcoin include Amazon, Expedia, Bloomberg, Tesla.
Bitcoin transactions for the sale of boats are conducted via a coin wallet software. Transactions are recorded into a distributed public database. This is known as a block chain.

At present, any boat listed on the Boatshed network, you can see its current price in bitcoin by utilising the bitcoin icon and the currency option on the top right of the screen. The purchase of a boat by bitcoin will require willingness of both a buyer and a seller to accept this currency. The possible increase in value of bitcoin may offer an interesting investment opportunity for potential boat buyers. Please note, like any investment, values can increase and decrease. As part of its ongoing technical development, and the use of new techniques for the sale of boats, we are confident that buying boats by bitcoin offers an exciting new opportunity for buyers and sellers.