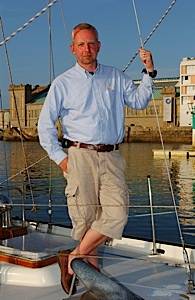 In November 2007, the Daily Telegraph (leading UK newspaper) interviewed Neil and Mandy Chapman, MDs of Boatshed and an article appeared in the business section of the newspaper.

The journalist who wrote the piece got back in touch last month, asking for any updates and generally finding out how the company has been doing in the twelve months since we last spoke to him. Of course, with no hesitation, we let him know!

Read the original article and the update here:
Daily Telegraph