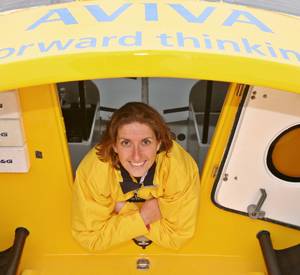 Boatshed.com's performance arm BoatshedPerformance.com was recently successful in brokering the sale of the Open 60 "ex Helemoto" to Dee Caffari and Aviva.

"In partnership with Merv Owen we are very pleased about the smooth brokerage of another Open 60 through our performance brand" say Boatshed.com founder Neil Chapman

Aviva, the international savings, investments and insurance group, is to sponsor the world record-breaking yachtswoman Dee Caffari as she attempts another world first. Caffari, not content with one record, now plans to become the first woman to sail solo, non-stop around the world in both directions. Her next campaign will see her move into the highly competitive world of Open 60 racing. The Aviva Ocean Racing campaign is planned to culminate with her entry into the 2008/9 Vendée Globe. This race, contested by ocean racing’s elite, is regarded as one of the world’s most gruelling sailing races.

Only seven months ago, in May 2006, 33 year old Caffari completed the Aviva Challenge, becoming the first woman to sail solo, non-stop around the world against the prevailing winds and currents. In doing this, she proved herself to be a yachtswoman of the highest calibre – Dee now aims to prove that she can be fast, as well as tough.

Caffari’s campaign will include a series of IMOCA (International Monohull Open Class Association) Open 60 races throughout 2007/8 in preparation for her entry into the 2008/9 Vendée Globe. In the first phase of the campaign she will use a training boat, ‘Aviva’, formerly known as ‘Hellomoto’ and brokered by Boatshed Performance.

The preparation of a new purpose built race boat for the 2008 Vendée Globe entry will also start immediately. Caffari and her team have selected the highly experienced Merfyn Owen of Owen Clarke Designs to design the new boat.

Her transition to Open 60 racing will see Caffari move up into the most highly competitive and spectacular sailing class. For Caffari, whose previous experience has been skippering boats designed to sail against prevailing winds and currents, this will be a major challenge and require an accelerated learning curve in downwind race sailing.

To guide her on this journey, Caffari will draw from the experience of a team of experts from a variety of sailing disciplines. The aim is to put her in a position to compete for one of the top places in the Vendée Globe 2008/9. Her core team is decided but other experts will be announced in the coming months.

The Aviva Ocean Racing Team will be supported by campaign director Andrew Roberts and Harry Spedding as campaign manager. Both helped Caffari to success in her round the world solo challenge in 2006.

New to her team is project manager Joff Brown. Brown has been instrumental in a number of top class Open 60 campaigns including the preparation of boats for Mike Golding, Conrad Humphreys and Alex Thomson.

Caffari said:
"I already know I'm mentally tough, but now I've got to focus on developing my technical skills so that I can successfully go from 0 to Open 60 in under two years!

“Dee’s successful completion of the Aviva Challenge last year was a masterclass in skill, guts and determination. Dee is an extraordinary woman who is determined to push back the boundaries of her sport and inspires others to do the same in their own lives. Aviva is immensely proud of its partnership with Dee Caffari. We believe she epitomises the spirit of our ‘Forward thinking’ campaign and we’re really excited about the prospect of her new international Aviva Ocean Racing campaign which will test her sailing skills even further.” 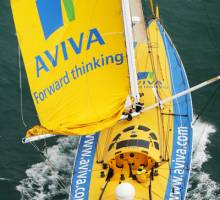 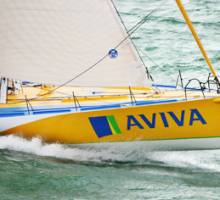 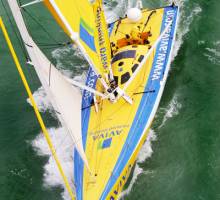 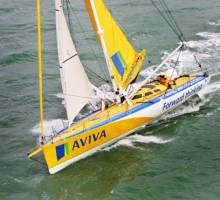