After years of engineering and testing Dutch company Edorado is now raising €1.75M to finalise construction of its first commercial powerboat — the Edorado 8S. This is an 8m all-electric, digitally connected powerboat with proprietary hydrofoil technology.

Edorado says its combination of retractable hydrofoils and electric twin-drive system, means the 8S quite literally takes off and drag is reduced by more than 60 per cent compared to conventional planing hulls. The boat can reach up to 38 knots at top speed, and has a range of 40NM at cruising speed.

It will also feature a proprietary Automatic Control System (ACS), whereby associated algorithms make constant adjustments to the hydrofoils for increased safety and stability, and a patented Collision Impact Safety System (CISS). The latter allows for a controlled release of the bow, and the two propellers of the ‘twin drive’ system provide precision control for docking.

“As we envisioned, the transition towards sustainable fast powerboating is finally taking off. In the past few years, our team has been working hard on the right tech to get us in prime position for this new market space. Therefore we are happy to open this bridge round, welcoming new investors on board to join the ride before we start scaling up production,” says Giel Groothuis, joint founder (pictured above left).

Edorado announced the launch of a funding bridge round ahead of a larger Series A in Q4 2023. The product roadmap is focused on market introduction of the 8S by Q3 2023 (ready for launch at the Cannes Yachting Festival), and the team says it will simultaneously be developing a 12m model.

The company is funded by a group of private investors, including technology entrepreneur Steven Schuurman.

“I was instantly convinced, particularly by Giel and Godert’s unique clarity of vision,” says Schuurman. “It’s rare to have the chance to contribute to such a strong product. It’s even rarer to be part of something with so much potential. The beauty of the Edorado is that it will lead the way, pioneering innovations that can eventually trickle down into the wider industry. And providing an unforgettable ride along the way.”

The company has 17 employees in Dordrecht, The Netherlands. One of its founders in 2015, Godert van Hardenbroek (pictured above right), comes from a hydrogen and electric racecar development background. Candela – a Swedish firm that makes electric hydrofoils – recently announced a deal with electric car maker Polestar to provide battery and charging systems for Candela’s hydro foiling boats. It is envisioned that this deal will enable Candela to scale up production swiftly, bringing mass-market electric boats one step closer to reality. 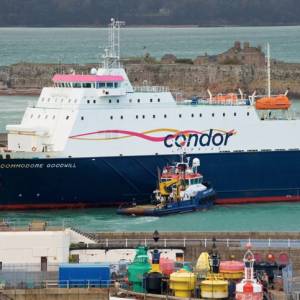