An F-35B Lightning aircraft has landed on board the Royal Navy’s aircraft carrier, HMS Prince of Wales, for the first time.

The trials test the ship’s capability to receive and launch aircraft whilst maintaining continuous air operations. Taking place off the south coast of England, the milestone marks a significant step towards the 65,000-tonne vessel reaching full operational capability.

Commanding Officer of HMS Prince of Wales, Captain Darren Houston, said: “This prodigious achievement on the deck of HMS Prince of Wales is a significant milestone in the Royal Navy’s re-birth of Carrier Strike Group operations. It is a tangible reflection of the enormous collective effort from the aircraft carrier enterprise to deliver the Royal Navy’s second aircraft carrier.”

With a flight deck large enough to accommodate three football pitches, HMS Prince of Wales can receive up to 36 F-35B aircraft and carries a crew of around 1,600 personnel when aircraft are on board.

The post First F-35B Lightning landing on HMS Prince of Wales appeared first on All At Sea. 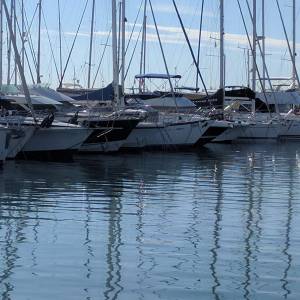