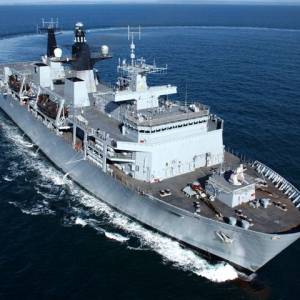 This year’s PSP SOUTHAMPTON BOAT SHOW will play host to the impressive HMS Bulwark from 22 to 25 September. HMS Bulwark is an integral part of the Royal Navy’s fleet and is set to be a must-see attraction at the Show.

HMS Bulwark is part of the Albion class – the UK’s newest class of amphibious assault warships. She was launched in 2001 and has since taken part in operational tasking off the coast of Southern Iraq. Following her flagship status in the Taurus 09 deployment, she underwent a six-month refit in 2010 and rejoined the fleet in March of this year.

HMS Bulwark’s Commanding Officer, Captain Alex Burton, said: “I am absolutely delighted to have this opportunity to present HMS Bulwark at this year’s PSP Southampton Boat Show and we look forward to welcoming the show’s visitors on board the Royal Navy’s future Flag Ship. I can promise you a fantastic tour of one of the country’s most modern warships and a chance to meet some of the finest sailors at sea today and of course our Royal Marines many of whom are recently returned from operations. It will be a high point of your visit!”

HMS Bulwark can reach up to 18 knots, has extensive armament and weighs approximately 21,500 tonnes, making her one of the most exciting feature boats ever to come to the south coast’s Show and an unmissable part of the 10 day event.