Fund raising for the RNLI 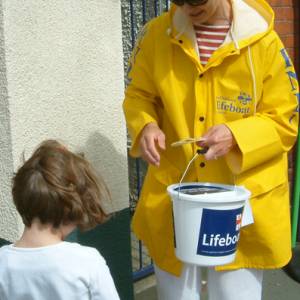 Church Stretton is probably as far from the sea as you can get in England. Mandy Chapman from Boatshed.com HQ office in Gosport was visiting the area for the day and was asked to help with the RNLI fund raising the local town.

Gorgeous sunshine and a breeze kept Mandy cool in her Royal National Lifeboat Institute sou'wester, which glowed like a yellow beacon to all fellow boaters in middle England.

There were 6 volunteers around the town fund raising with the RNLI white branded buckets and we are extremely pleased to say the town of Church Stretton were very generous and over £550.00 was raised.

There are many people in the Shropshire county who have a power boat or sailing boats around the south coast of England around Portsmouth, Hamble or in south or north Wales. Being a landlocked county there are numerous blue water sailors and round the world yachtsman.

Some of the RNLI’s most prolific fundraisers have been honoured at the region’s awards ceremony held yesterday(Sunday 7 June 2009) at Cambridge recently.

Boatshed.com are RNLI ambassador's which was set-up in 2006 to promote RNLI Offshore membership for recreational sea users and to enhance the marine search and rescue charity’s links within the marine industry.

Any owners that buy a boat or sell a boat through Boatshed.com can take advantage of a complimentary years
offshore RNLI membership 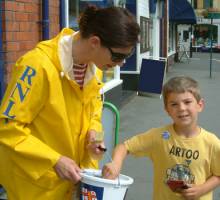 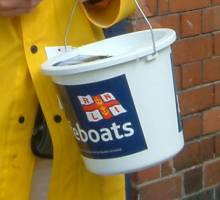 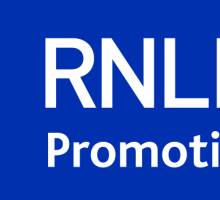