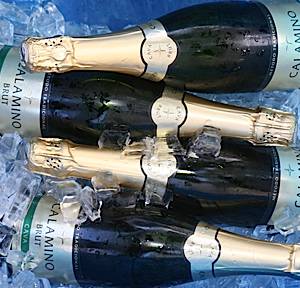 Happy New Year to all

It's 2008 and as we all struggle back into work, rueing the day we decided that an 18lb turkey was going to be okay for the three of us and wondering how we are going to get the pine needles out of the modelling clay, Boatshed.com wanted quickly to look back over the last 12 months. Partly this is self indulgent because we have fitted an awful lot in, but mostly this retrospective is to show you quite how much we manage to pack into our little year. And 2008 is going to be even busier.

February saw our MD and founder, Neil Chapman lauded with Young Entrepreneur of the Year by the industry’s media. Rumours that the trophy was going to be melted down into a jet-propelled skateboard for HQ were soon dashed. click here for full story

March - Boatshed.com saw a massive push into the USA with the opening of Boatshed Sarasota under the watchful guidance of Captain Dave Martin. The Florida coast office was the third US Boatshed to open click here for full story

April and Boatsheds Norfolk and Suffolk click launch along with Boatshed Texas click. So from the Broads to the Bay, Boatshed.com has it covered.

The start of the summer and Boatshed.com was getting down and dirty in the world of commercial vessels, launching this new part of the puzzle at Seawork 2007 with the team making an impact almost immediately by ingratiating themselves with the organisers. Media coverage was soon to follow click. The USA continued to flourish with the opening of yet more offices in Detroit and Long Island click

Well into the summer now and July saw another US launch, this time Boatshed St Pete and training for all the Florida guys commenced click.

The month of September has to have been one of the busiest in Boatshed.com history. Boatshed Algarve spread out, opening a second office to compliment the existing successful operation click. World-class, disabled yachtsman Geoff Holt was welcomed home from his round UK adventure by a crowd of hundreds with the team from Boatshed Hamble on hand acting as press boat click.

And then also in September, there was the Southampton Boat Show where collectively, the Boatshed.com guys opened, poured, shared and gave away 1200 bottles of fizz over the 10 days. Fizz @ Five is becoming world-renowned with people returning to these large shows at 5pm just to catch up with us. But we mustn’t forget the world domination that continued with the launch of Boatshed Canada in Vancouver click.

November was the official launch of Boatshed Cowes and a round the island powerboat challenge for charity (cheers UK weather for giving us even more fun because the boats could only tear up and down the Solent in front of us instead of disappearing!) click. Boatshed.com also made it into the business pages of the Daily Telegraph (with a mere two thirds of a page feature no less). Over in the USA the BoatshedUSA team sponsored the infamous Latitudes and Attitudes party at the St Pete Strictly Sail show, entertaining over 2000 people at the biggest Fizz @ Five in our history click. Those guys sure know how to throw a party.

By December, there is no sign of the Boatshed.com procession fading away as we took our places at the inaugural Earls Court Boat Show, helped the organisers to auction a very famous little boat and got a sale for her in less than 48 hours and generally got ourselves into places other yacht brokers just don’t reach (like the dive pool with a busty brunette, the main stage with a charismatic young sailor and becoming the lucky owners of an exclusively signed photographic masterpiece from the lovely Kos). Of course we held Fizz @ Five each evening as well just for good measure.

But then you know all this don’t you because you’ve been keeping up with all our goings on by reading the Boatshed.com Brokers Blog. And as I think you can tell by the fact that the paragraphs get bigger and bigger throughout the year, Boatshed.com is growing, we’re getting even more established and our reputation, technology and people mean we continue to lead the way in yacht brokerage. We've made so many friends as well and thank you to everyone who came onboard the Boatshed.com juggernaut.

Happy 2008 to everyone and we will see you soon. 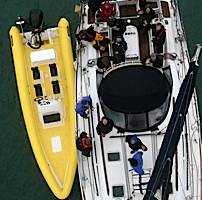 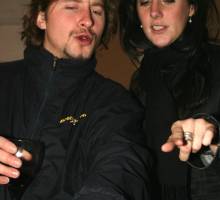 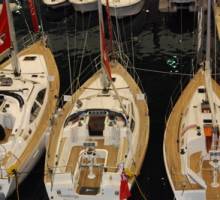 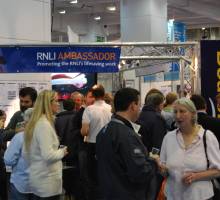 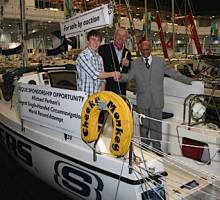 We auction a boat in 48 hours flat 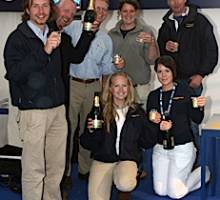 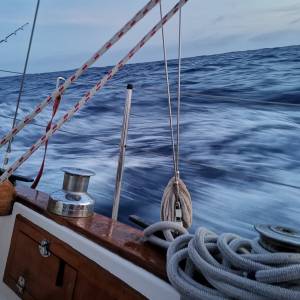