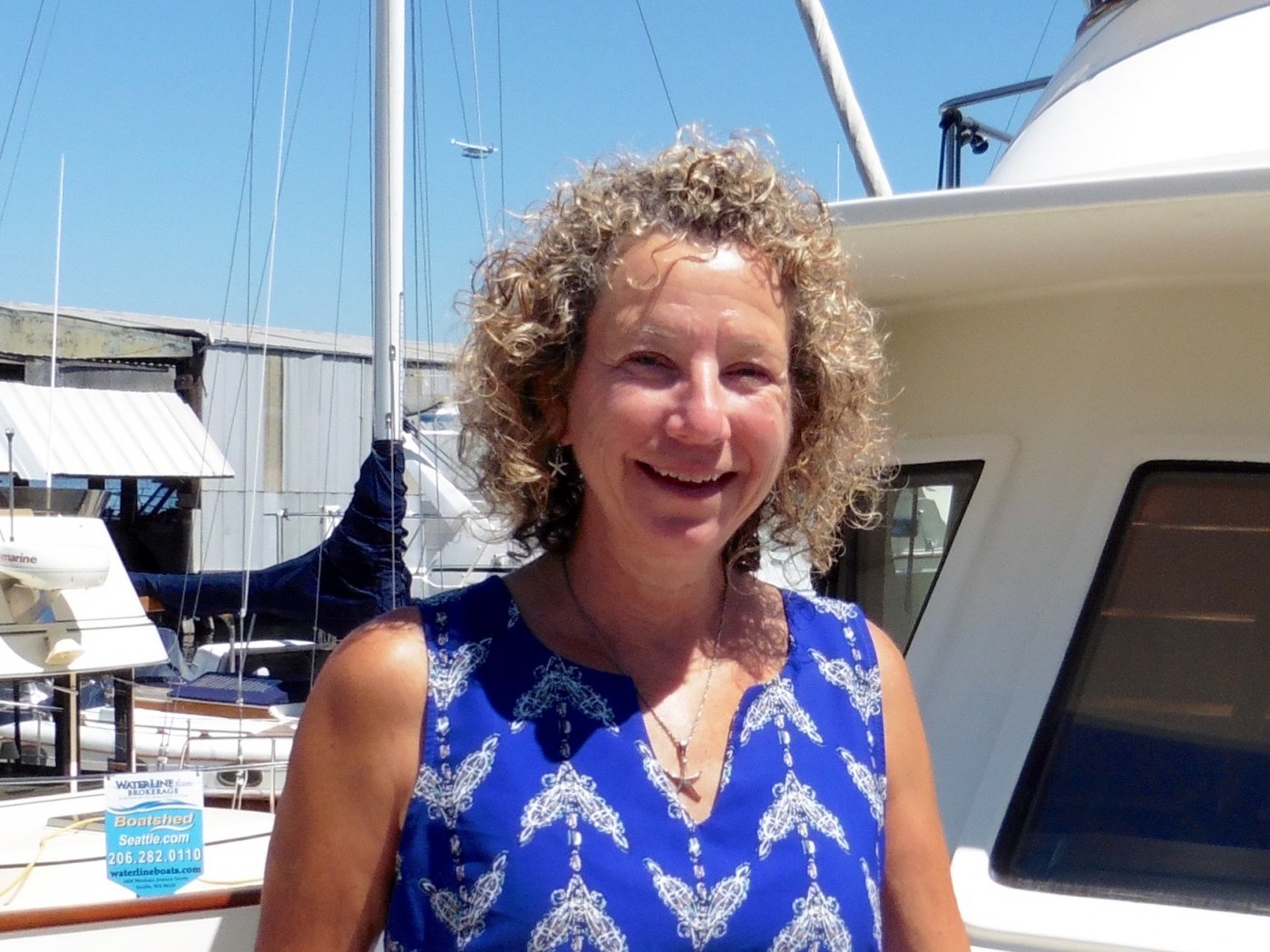 Gretchen is Boatshed Everett and she works with Scott and Lisa Helker who have Boatshed Seattle, Everett, Port Townsend and Tacoma. She joined Scott & Lisa 7 years ago, having previously been a massage therapist for 21 years, and a residential mortgage loan officer.

Back in 2013, Gretchen bought a DeFever 49 and spent six weeks on board delivering her from Alaska, travelling through the Inside Passage from Hoonah, to her home port in Everett, WA, USA. The trip went without any hiccups and she would love to repeat the journey. However she wasn't so lucky on another trip on board her Bayliner, where after leaving a quiet anchorage in Salt Spring Is., Canada, she hit some rocks and needed assistance. It was Canada Day holiday and although plenty of people were out boating, none actually realised she needed help...until a kind chap came along, almost T boning the boat, which resulted her boat being under repair for the rest of the Summer - this boating trip she would rather not repeat !

Gretchen's current boat, a Jefferson 64, is currently being re-modelled by her husband and her, and once complete will take her back onto the water to her favourite spot - Desolation Sound, BC Canada. Along with boating , Gretchen also finds time to go hiking and swimming and also plays for hours with Gracie, her dog.

If Gretchen was to land on a "Desert Island", her Jefferson 64 would definitely be the boat she would arrive on, and once there she would be happy to read a trashy beach novel, while her husband would be in charge of choosing the music to relax to, a good, all-round team effort!

Finally we have all been restricted with our travel movements over the last year, however once we are able, Gretchen would like to be boating again around Desolation Sound or the Broughton’s, BC Canada with a close second being able to visit England, Ireland and Scotland.