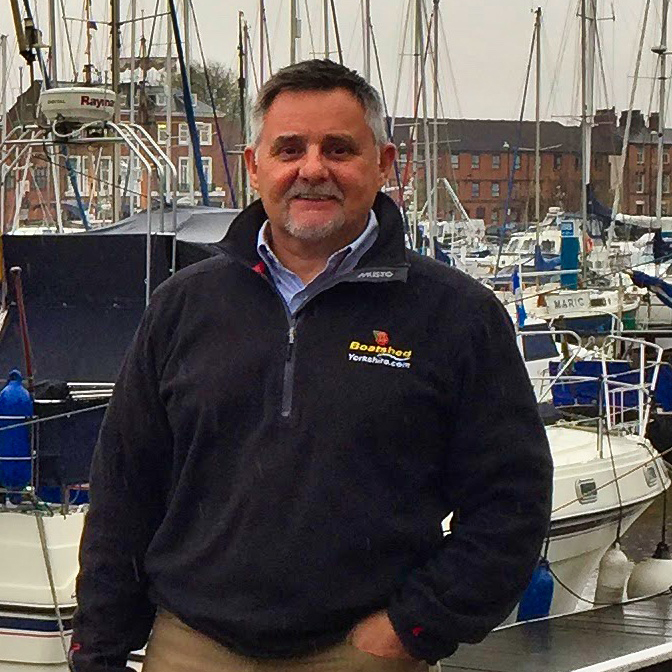 Paul started working with Boatshed in April 2014 when he bought the Boatshed Yorkshire Franchise. He always says it's the largest region with the fewest boats!! I'm sure Yorkshire isn't the first place we think of when we are dreaming about boating.

He comes from a Military and IT background but has also worked as CISO for various banks and insurance companies all over the world. He loves sailing around all of the Greek Islands and the best part of this is mooring in a secluded bay on an uninhabited island in the Ionian and watching the sunset over G&Ts. It wasn't so pleasant when he was caught in a Force 9 storm rounding Kefalonia with 4 hours of hell to reach safe harbour! He did manage a 700nm trip island-hopping around Greece which is his furthest distance sailed so far.

When he's not working Paul loves to go mountaineering and climbing, as well as getting out on his motorbike.

If he travelled to a Desert Island he would arrive on a large catamaran, listen to Bowie - Rise & Fall of Ziggy Stardust, The Beatles - Sgt Pepper's Lonely Hearts Club Band,The Eagles - Hotel California and read Donna Leon Anthology. Maybe he would like to chat to Sir Alec Rose who was the first boating person he was aware of!

Finally we have all been restricted with our travel movements over the last year, however once we are able, Paul will be off to his local pub and then hopefully a trip by motorhome to Scandinavia.