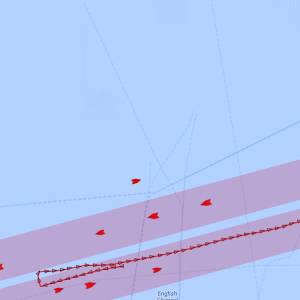 MV Julia track TSS to search for the MOB

The Boatshed ketch Supertaff was en route from Alderney in the Channel Islands back towards Portsmouth UK when a mayday relay was heard over the radio. This concerned the case of a missing seaman on a bulk carrier, the M/V Julia. The skipper had relayed a mayday having found that a crew member had gone missing.

The 26 year old Ukrainian man joined the ship 5 days ago to work in the kitchen. He had last been seen at approximately 4am and now, at 07.20 am, a thorough search of the vessel had not shown his whereabouts and therefore it was presumed that he had been lost overboard.

An extensive sea and air search continued and Supertaff and other vessels retained a thorough lookout to try and spot the individual presumed lost over the side. He was described as a large man, wearing a grey overall but not wearing a lifejacket.

Furthermore, the situation became more concerning when traces of blood were found in the galley of the M/V Julia. The episode was being handled by French coastguards and the vessel, after a thorough search, proceeded on its way to its next port of call, Amsterdam. Despite a thorough search, no sign of the Ukrainian man has been found. The case will clearly continue.

In a separate incident, upon approaching the Isle of Wight, the coastguards were alerted to another man who, claiming to be suffering from depression, had stolen a local speedboat then abandoned the speedboat and his lifejacket and security services were not able to confirm whether he had swum ashore or was still missing at sea. Several lifeboats and other vessels in the area searched for the man but it was later confirmed by police he had come ashore and was taken into custody by the police.

Two episodes in less than 24 hours just shows how the coastguards, lifeboats and the security services have to deal with a variety of episodes at sea even when the weather was good. If you have any updates on this story please contact boats@boatshed.com. 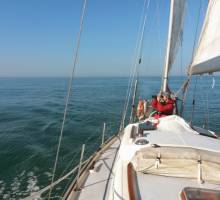 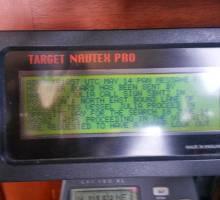 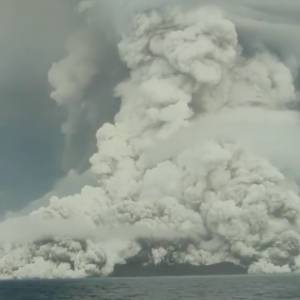