Early response to the 2023 Ocean Globe Race, celebrating the 50th anniversary of the first Whitbread Round the World Race has been enthusiastic.

Commitments to enter now outweigh available places with sailors from France, Finland and the UK dominating the list. These include Whitbread veterans like Tracy Edwards who is currently making a global tour with an all-female crew aboard her 1989 Whitbread yacht Maiden.

She says of the OGR: “With so many yachts from previous Whitbread races being rescued and restored, as has Maiden of course, it seems only fitting that we should race them around the world again. Count us in!”

Finland’s Tapio Lehtinen, a finisher in the 2018 Golden Globe Race, has entered a Swan 55 in the Adventure Class. Tapio, who has also re-entered the 2022 Golden Globe Race, sailed in the 1981 Whitbread as watch leader aboard Skopbank of Finland

Don McIntyre, race chairman, said: “Many want to remain confidential at this stage, but I can say we now have 12 confirmed entries representing Belgium, Denmark, France, Finland, Spain, Sweden, UK and USA with the strongest enquiries coming from Finland and France. There is also strong interest from the current owners of Sir Peter Blake’s 1981/2 Whitbread yacht Ceramco NZ and the French Whitbread winning yacht L’Esprit d’Equipe.”

Celebrating the 50th anniversary of the first fully crewed 1973 Whitbread Race and sailed in similar yachts with 1970s equipment including sextants and cassette music tapes, the 2023 OGR gives ordinary sailors the opportunity to race around the globe.

Starting from a European port on 10 September 2023, the 30,000 mile course first stops in Africa before crossing the South Indian Ocean to Australasia and on through the Pacific via Cape Horn to a South American port before heading home.

Entries are limited to approved production ocean racing yachts between 47 and 65.5ft designed prior to 1988. There are also eight places available in a third Flyer Class for yachts that competed in the first three Whitbread races and other production ocean certified sail-training yachts. Tracy Edwards’ Maiden is eligible because the yacht first raced in the 1981/2 Whitbread as Disque D’or. 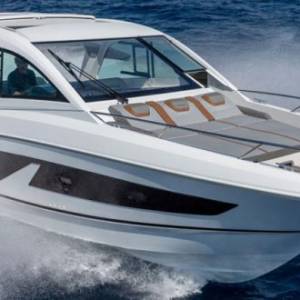