PHUKET READY TO LAUNCH ON LINE CHECK IN FOR YACHTS

PHUKET READY TO LAUNCH ON LINE CHECK IN FOR YACHTS

The long-awaited “one-stop shop” online check-in system for yachts arriving in Phuket will launch on September 1.

Vice Governor Weerawat Janpen announced the news today at Provincial Hall at a meeting to discuss the final details for the new service.

The Software Industry Promotion Agency (SIPA) have been working on the project since last year.

“We have finished developing the system and it is now in a trial period that also provides training to business operators and government authorities so they will be well prepared to put it to use,” said Pracha Asawateera, project manager for SIPA.

Karokot Khotcharit, a SIPA systems analyst, explained that the system will reduce the time it takes for yacht owners to submit forms to Immigration, Customs and the Marine Department.

“It combines three forms into a single form. Yacht owners can fill in their information in advance via the internet before they reach – or leave – Phuket,” Mr Karokot said.

Yacht owners must first register online to use the system. After that, the vessel’s name, arrival time, crew list, passenger list, cargo manifest and other details must be submitted, Mr Karokot explained.

“When yacht owners and passenger arrive at the marina , they only need to bring documents such as passports and yacht registration. Government officials can also plan how many officers need to be at the marina because they will know how many yachts will be arriving,” he added.

Mr Pracha explained that the URL being used during the current test phase is http://pyccs.dyndns.info

However, the official domain name will be changed once testing is complete.

“We want the domain name to be http://yacht.phuket.go.th or http://www.phuket.go.th/yacht to clearly indicate that it is under the Phuket Provincial Office’s responsibility,” Mr Pracha added.

As for the marina itself, Phuripat Theerakulpisut, chief of Marine Department Phuket office, said that new facility was 90 per cent complete.

“The contract stipulates that the project is to be completed by September 19. I think the marina will be officially opened around the end of this year,” Mr Phuripat said. 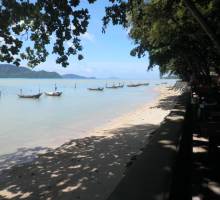 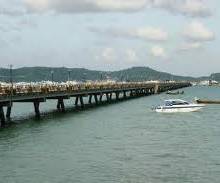 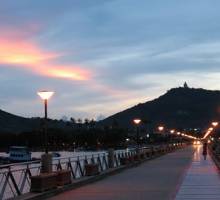