Portsmouth Sailing Club was founded in 1920 and local artist W. L. Wyllie, famed for his maritime paintings and etchings was amongst the founding members. The clubhouse, a Grade 2 listed building, was probably constructed in the early 1800s and many of the timber beams visible inside are from ships broken up at that time. Previously serving as a Consulate to thirteen different nations and somewhat less illustriously as a French onion store this wonderful building now lies at the heart of a vibrant and active club membership.

The club is managed by its members for the members; this creates a friendly atmosphere and strong community spirit that supports a varied social programme and extremely accessible range of activities on the water.

Club Commodore, Robin Townsend says, we are extremely proud of our club and especially our beautiful clubhouse. This year we have conducted extensive renovations on the building so we now feel confident about our future and ready to flourish into the new centenary!’

The members first cruise, on 21st of June 1920, was across the Solent to Ryde and since then members have raced and cruised under power and sail locally but also throughout the world. During the post war period dinghy sailing became extremely popular and between 1970 and 2002 the club hosted the nationally renowned annual ‘Pompey Perisher’ event, held in the depths of winter but regularly attracting over 200 dinghies. Over the last twenty years, as the harbour has become busier the club has adjusted its focus away from dinghies and towards yachts and keelboats. Since 2002 Portsmouth Sailing Club has been the home of the successful spring and autumn Parhelion yacht racing series. These races have attracted novice crews and experienced racers alike and well respected by Solent yachtsmen. In addition, an annual Frostbite series has provided opportunities for members to race ‘up the harbour’ during the Autumn. Over the last five years investment in new facilities in the Camber, including pontoons and a crane, have stimulated the growth of an extremely active Squib keelboat fleet. These boats, with their distinctive mace coloured sails, offer an economical opportunity to race in a nationally recognised class and have attracted a number of new members to the club, particularly younger members from the University Sailing Club and 1st Portsmouth Sea Scouts, affiliations that provide an extremely welcome younger element into the membership.

There is also a close affiliation with the Victory Class, a traditional keelboat class that has been active in Portsmouth with regular evening and weekend racing for 85 years. However, the club is most definitely not all about racing. There is a very active cruising fleet, the majority enjoying South Coast harbours and anchorages although trans-Atlantic crossings are not unusual, and a member has recently returned from a four year voyage exploring the far reaches of the Baltic. 2020 and beyond Looking ahead to 2020 there are exciting plans to celebrate the Centenary. The Spring and Autumn Series will be refreshed with a new race format, additional prizes (courtesy of some generous sponsors) and a new name –the ‘Spithead Series’. The Centenary Regatta will be held in May, and an extensive racing programme including a reinstated Pompey Perisher is planned.

Meanwhile there will be a busy social programme focused around the beautiful old club house and a Centenary Dinner will be held in the Spinnaker Tower. Portsmouth Sailing Club is bucking the trend across the sailing world in that its membership is growing and increasingly youthful with many graduates from the University of Portsmouth deciding that the sailing and friendly nature of the club are a good reason to stay in Portsmouth Chris Rust, a relatively recently graduated student and Squib Fleet Captain says: ‘’The sailing here is great with opportunities to sail in the sheltered waters of the harbour or out into the Solent. In addition, the volunteer ethos of the club makes it extremely friendly and a good place to socialise. There’s always a lot going on, both afloat and ashore.’

Portsmouth Sailing Club is always very keen to welcome new members or to provide opportunities for newcomers to sailing to get afloat. Further information about the club’s activities and contact details are available on the club website – www.portsmouthsc.co.uk

The post Portsmouth Sailing Club Centenary appeared first on All At Sea. 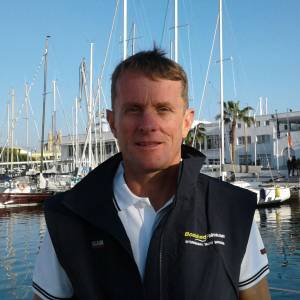