A sanctioned Russian billionaire is suing French authorities as he attempts to regain access to his two immobilised superyachts worth around US$5.7m.

Lawyers for banker Alexey Kuzmichev, who has an estimated net worth of £4.15bn, are arguing that French customs officials did not have the legal right to detain the vessels, despite the fact Kuzmichev is on the EU sanctions list. The EU insists that Kuzmichev has ‘well-established’ ties to Putin.

It’s reported that, on 16 March this year, France froze the 24-metre La Petite Ourse, worth $4.5m, in Antibes. The banker’s 16-metre yacht La Petite Ourse II, worth $1.2m, was frozen the following week in Cannes. Both yachts were impounded on June 6.

“If you own an asset for your personal use, like a yacht, you have the right to make use of it even though it’s frozen,” Philippe Blanchetier, Kuzmichev’s lawyer, told Reuters.

Kuzmichev’s counsel is arguing that the banker should have access to his yacht, because he still has the right to use other frozen assets, such as cars and mansions – he just cannot sell or rent them out. “I don’t know why one should make a difference when it’s a yacht,” Blanchetier adds.

Shortly before he was sanctioned, Kuzmichev sold his stake in Alfa-Bank and resigned from the board of a large holding company with Western interests, LetterOne. He also listed for sale a four-story mansion in New York City valued at $41m.

French customs officials have not given an official comment on the case. The verdict is understood to be due on October 5.

In August, a £63m superyacht, once owned by sanctioned steel billionaire Dmitry Pumpyansky, was sold at auction in Gibraltar. It was the first public auction of a seized Russian asset since Putin invaded Ukraine in February. 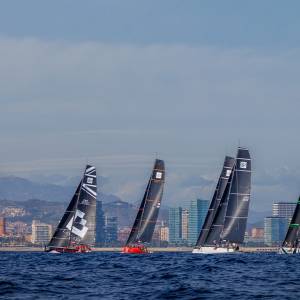