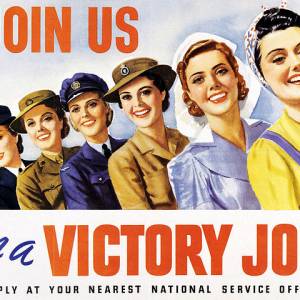 International Women's Day (March 8th) is a world-wide celebration of the social, economic, cultural and political achievements of women. The day also marks a call to action for improving gender equality.

I bought my first liveaboard narrowboat in the year 2000 when the UK canals were still quite a male-dominated world. Since then the number of female boater’s living on board has steadily increased, to include mothers, artists, nurses, traders, professional skippers and more.

Here are 3 inspiring women who have contributed to the UK’s canals, helping to create a more inclusive, gender equal world.

In her memoir, The Amateur Boatwomen, Eily Gayford describes her experiences being one of the women in charge of the 'trainees' on the canals during the Second World War. Cargo carrying narrowboats were operated by whole families, until many boatmen were called up to fight. Eily Gayford and many other young women volunteered to operate the cargo carrying boats, and learn the traditional working methods of the boat people. As she gained their trust the working boaters affectionately renamed her “Kit”. The volunteers wore badges with the initials IW for Inland Waterways, but some people jokingly referred to them as the “Idle Women.” However, in reality the hours were long and the work was both dangerous and exhausting. Other notable Idle Women include Emma Smith, who wrote a popular book called Maiden’s Trip; and Sonia Rolt, author, canal conservationist, and wife of Tom Rolt.

You don’t have to be a war hero, or a popular author to break down misconceptions of women on “the Cut”. I once read an interesting article on the Living on a Narrowboat website about whether it’s possible to live on a canal boat with a physical disability. This led me to interview Geraldine Prescott, who lives aboard The Cheese Boat and travels the canals of England with her husband Michael, selling home-made cheeses and chutneys. She was kind enough to share her thoughts with me about the challenges of living aboard with a disability.

“I feel that a disabled person can quite easily live on aboat, but not on their own. There are problems with mooring up, changing gasbottles, and lifting anything off the roof i.e. bags of coal or wood.”

(From the National Community Boats Association blog: How to Live on a Boat With a Disability)

Lee Davies is the only female Senior Trainer at the National Community Boats Association and feels passionately that women are still under-represented on the canals. I got to chat to her about how her interest in boats developed into a career as a skipper and NCBA trainer. She also runs Find a Skipper, providing skippers for all occasions, plus cooks, training courses and more.

“Women are very underrated on the canals. Men think we’re all stupid because we’re female. They think women can’t handle a big boat, but something needs to change.

Men will see you with your head in the engine and ask you what you are doing. I’ll say, Well the stern gland is leaking, I’m just sorting it out, and they’ll say, Oh, I don’t think you should be doing that! But there’s plenty of women that live alone on board, or live on boats with children. How do they think we manage?”

Lee says that women that have qualified and are working as narrowboat skippers are still few and far between, but there are now many female volunteers involved in community boating.

Boatshed has over 50 offices worldwide, and is by no means a male dominated business! From co-founder and director Mandy Chapman at UK HQ, to Lynda Alcantara in Gibraltar, Magali Wharmby in France and Lisa, Amber and Gretchen in Seattle, we are happy to welcome anyone who loves boats to work with Boatshed. (Interested? Find out more about joining our rapidly expanding global sales network.)

If you want to celebrate the social, economic, cultural and political achievements of women join in with the #BeBoldForChange Thunderclap on 8th March 2017, 11.30am GMT. More visibility and awareness can help drive positive change for women around the world.

Sell your boat twice as fast

Why Listing with Boatshed is a Better Deal

Jumping in! - Notes from a new Boatshed Broker

Search for a boat